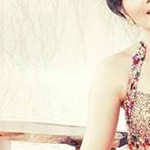 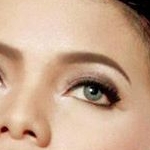 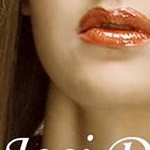 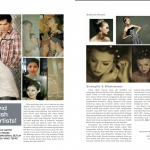 0 Reviews
0.0
Write a Review
This company has no reviews. Be the first to share your experiences!

0
Ask a Question
Have questions? Get answers from Josi David Professional & Wedding Make up Artist or IndonesiaYP users. Visitors haven’t asked any questions yet.

Description
Josi David Proffesiona & Wedding Make up Artist Is a team of two brothers that are very compatible in transforming women faces looking beautiful and wonderful.Josi: started focusing in the world of make-up since 1987 in Indonesia (puspitha Martha) and by the year 1993 he moved to Holland and worked at a salon in Denhag (Ruddy van Hundsen). Feeling that his skills were still insufficient, he went to London in the mid-year of 1994, and studied at an institute in the city of Chambright (Yannland hair and make-up colage) to deepen his knowledge on make up and hair styling. Back in Indonesia, he joined as a makeup artist freelancer for Lancome Indonesia since 1995, and in 1997 he tried to work in Singapore (Fox salon, Shaw center) and again deepen knowledge in the field of beauty, and returned to Indonesia in the year 2000 and maintaining frequent contact with Jakarta artists, and decided to stay and try his luck in Jakarta to this day. with experience as a makeup artist in Indonesia, in Singapore, and as a freelancer with leading brands in Jakarta (Lancome, Paul and Joe, Yves Saint Laurent, Anna Sui, Shu Uemura and others), and also handling several artists, video clips, artist album covers, advertising, as well as several leading magazines. since 2007 he has been professionally active in the field of bridal makeup with his brother, with Air brush techniques that are very popular in London. they are committed with precision and patience that are extra efforts, so as they are able to produce make up results that are very smoothly covering and light on the skin.David: The younger brother also has talents that are also as good as his older brother, beginning with onstage singers, wedding and modeling, also being active in several soap operas and television movies, David is often asked to be a make up artist of friends who loved polishing results. although he is self-taught and trained by his brother. Since early 2007 he has also seriously taken upon the field of make up for artists, weddings, parties and has joined with Brand Poul & Joe as a freelance after studying in Singapore, aside from that he still likes to experiment on making accessories and clothing/fashion for weddings, artists, and parties.With the talents they both, an agreement was made to establish the Josi David & Team Professional & wedding Make up Artist. As a hobby and a place to channel that same passion to make women beautiful on their special day, with make-up & hair that can not be differentiated - but as one whole beauty package.
Products & Services

Similiar Page for Your Business?

Make sure everyone can find your business online. Create your dedicated company page on IndonesiaYP - it's simply and easy!
List Your Business
BACK TO TOP